On January 22 (1998), the Hurriyet, a daily Turkish newspaper, published two stories on the American presence in Karamursel during the 1970s. The source of these stories was Chuck Maki's Americans in Tirkey website at http://www.netexpress.net/~cmaki/askeri/amerikan.htm

The title of the main article was "Sizin preservatifler yikaniyor" which translates in English as "Your condoms are washable".

I had to ask Chuck what our connection to condoms was. I thought maybe the whole thing was a joke. But the condoms are part of Rick Hudson's story at http://maki.simplenet.com/cgm/askeri/rhudson.htm

And I made the article at the end. I was quoted from a page at Chuck's site on my experiences going to school and living in the high school dorm. But I didn't realize until I received an actual scan of the paper that not only was I in a separate article, they actually used two of my pictures.

Below are scans of the articles. The on-line version (minus photos) can be seen at http://www.hurriyet.com.tr/hur/turk/98/01/22/dizi/02diz.htm 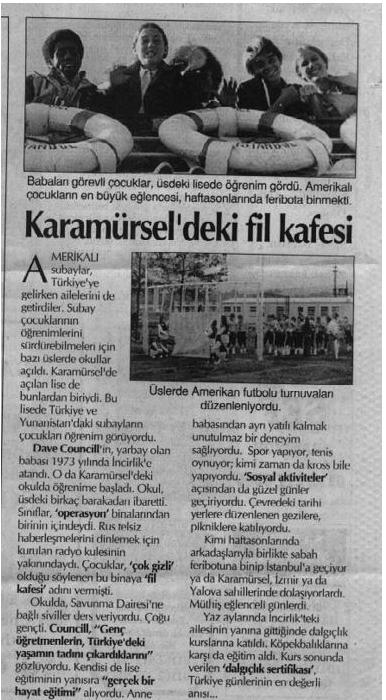 The entire page including the main condoms story is below: 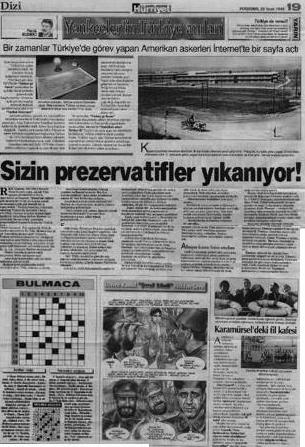